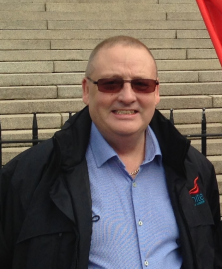 “These figures are truly scandalous and an indictment of the local political parties who voted to hand the power over to the Tories to impose Universal Credit on working-class people here. In particular, these stats expose to the total inadequacy of the ‘fig-leaf’ mitigations package negotiated by the Northern Ireland Executive parties.

“The fact that more than 40 percent of all emergency food packages were provided to children is particularly concerning. What is the status of those children – what hope for their future? This policy is clearly failing the most vulnerable in our society.

“The figures clearly demonstrate that there has been a huge uplift in hunger as a result of the 2015 Assembly vote which passed the Tories the power to impose their Universal Credit regime in Northern Ireland. The number of three-day emergency food supplies awarded in 2018/19 increased by a staggering 214 percent in the last five years; 13 percent in the last year.

“The Trussell Trust analysis confirms that while Universal Credit is not the only benefit payment causing trouble, it is a key driver right across the UK. In particular the five week long wait until claimants can receive benefits to cover the basics.

“Unite in the community intend making this an election issue for the parties. Local political parties must indicate that they will vote to scrap this inhuman and failed social welfare regime. We demand the scrapping of Universal Credit and its replacement with a social welfare system that meets the needs of working-class people, in particular those in dire need and children”, Mr Hewitt said.