Unite accuses company of failing to engage and breaching agreement

“Despite a long-standing collective agreement, management have not meaningfully engaged with us on their proposals for what they have called a ‘Temporary Shut-down of the Plant’.

“The company proposes to lay off our members or put them on reduced hours, while transferring work to non-union labour and retaining contractors on site.

“We have made a number of unsuccessful attempts to avoid arriving at this point.  However, management did not seem interested in meaningful discussion on issues surrounding the ‘temporary shutdown’.  As a result our members have voted to take strike action from Monday July 20th. 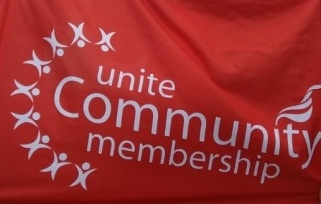 Members of Unite give coalition a ‘slow clap’; say workers were “applauded then abandoned” by those who promised a “lasting appreciation”

July 2nd: Members of Unite Trade Union held a short rally outside Dáil Éireann today (Thursday), highlighting how workers have been forgotten about in the so-called ‘new normal’. This was followed by a sarcastic ‘slow clap’ for the new coalition Government which remarkably, managed to leave a workers’ rights agenda out of its Programme for Government almost entirely.

There have been lessons for workers in the last few weeks, starting with the treatment of the Debenhams workers who could only be exploited because successive Governments failed to close a legal loophole which had already caused untold misery for workers in Clery’s, GAME, La Senza and Vita Cortex (to name a few). Speaking this morning Jane Crowe Shop Steward at Debenhams Henry St said:

END_OF_DOCUMENT_TOKEN_TO_BE_REPLACED

Recent losses of 1,500 aerospace jobs estimated to have lowered national output by half a billion and reduced household spending by £50 million

New research commissioned by Unite and undertaken by Acuity Analysis highlights the importance of Aviation and Aerospace currently threatened by the inaction of both Stormont and Westminster in the face of a sharp global downturn in the sectors caused by the Covid crisis.

Echoing the call by his union, Unite, at the launch of their campaign demanding a national aerospace taskforce to save the industry Jackie Pollock Regional Secretary said,

“Aerospace makes a colossal contribution in terms of jobs, economic output and demand; if we lose this world-class sector it will punch a huge hole in the Northern Ireland economy. Together Aviation and Aerospace generates billions in output and supports tens of thousands of high value-added union jobs.

“In the face of the unprecedented Covid downturn to this critical, high-skilled industry, the foot-dragging of governments in Stormont and Westminster is threatening catastrophic job losses. If you look at Germany and France, they have brought forward huge investment programmes to sustain aviation and aerospace, by comparison to which the support offered by the UK government pales into insignificance.

“Unite has received a HR1 notification from Wilson James for proposals to make redundant 54 workers at Belfast International Airport. This heartless decision by bosses is entirely unnecessary and avoidable. Three quarters of this workforce are currently furloughed under the government’s Coronavirus Jobs Retention Scheme and there is absolutely no need to push them onto dole queues and their families onto bread lines in the midst of a pandemic.

“The workers affected have been left reeling as they had rightfully assumed that their status would be protected through the furlough scheme until the airport recovered its footfall.

Stormont must establish a Manufacturing Taskforce to roll-out a proactive Industrial programme to secure jobs, skills and a future for industry

George Brash Unite Regional Officer for Unite members in Sensata, the sensor manufacturer, expressed his dismay after bosses in the company revealed to the media plans to make 160 workers redundant at their Antrim site.

“While this is only the latest in a string of Covid-related redundancy notices, the impact on each of the 160 workers who will lose their livelihoods will be hugely distressing; another 160 households face the loss of an income in the midst of a pandemic. There is absolutely no need for these job-losses in the context of the continued availability of furlough support through the government’s Coronavirus Job Retention Scheme.

“Today’s announcement comes only months after Sensata bosses decided to shut-down their Carrickfergus site. There is a mounting sense of retrenchment – and it isn’t confined to this one business. Northern Ireland manufacturing is facing a tidal wave of job-losses and threats of job-losses as the Covid pandemic is being used by employers as the excuse to slash their employment footprints and reduce capacity.