Welcome for HSC Board clarification that 1,800 vacancy figure does not include all Health & Social Care staff groups 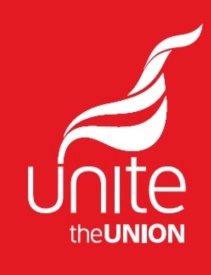 September 6th: Yesterday Valery Watts, the Chief Executive of the Health and Social Care Board, provided evidence to the Northern Ireland select committee in regard to the problem of unfilled vacancies in the Health Service here. After repeated questioning of the accuracy of this figure by Unite representatives as well as those from other trade unions, the HSC Board has now confirmed that the figure did not include all staff groups.

Unite Lead officer for Health Kevin McAdam welcomed the confirmation and called for action to address the threat posed to patient safety.

“The CEO of the Health and Social Care Board provided a figure of 1,800 to the Northern Ireland Select Committee in Westminster for the total number of vacancies in the NHS in Northern Ireland. Unite was at the forefront of efforts to point out that this figure could be as high as 3,500; today’s belated admission by the Board is welcome and perhaps reflects a recognition of the true scale of the problems we face.

“There is a need for a reality check in health. Northern Ireland received funding of over £300 million for a restructuring of pay scales and improvements to poverty pay that would go a long way to addressing the recruitment and retention difficulties faced by the service.

“Unfortunately, the department continue to use the absence of a locally-accountable health minister to justify the delay in entering meaningful negotiations about how this new money can be used to modernise our health service, bring it in line with the rest of the UK and make the Health Service in Northern Ireland an employer of choice and one that can deliver the healthcare the public here deserve.

“The agenda for change system is the terms and conditions policy of the Health system for all parts of the UK. It has undergone extensive modernisation agreed across the other three nations but remains deadlocked in Northern Ireland. To properly address this problem we need the Department to engage with employers and trade unions to reach agreement on a way forward. The political impasse should not be used as an excuse for the destruction of our health service. As a starting point, honesty about the scale of the challenge we face is necessary”, Mr McAdam said.