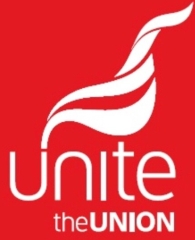 September 7th: Liam Gallagher, speaking for the union’s membership at Dale Farm, confirmed that an initial forty-eight hour strike planned to commence this weekend had been postponed pending the outcome of a ballot on an improved pay offer.

“Unite has agreed to postpone a planned initial forty-eight hour strike action due to commence across all three factories from 6am Sunday. The decision was taken in conjunction with our stewards in response to improved pay offer made by management in recent pay talks. Our members who performed skilled maintenance work on the sites had demanded a pay increase of 4.4%, in order to maintain the differential with other workers on site”, Mr Gallagher said.

“Over past weeks, Dale Farm maintenance workers at Cookstown, Ballymena and Cullybacky have shown their intent to take what would be highly effective industrial action. We believe that has been instrumental in Dale Farm Ltd management reversing course and conceding to our pay claim”, Ms Fitzgerald concluded.