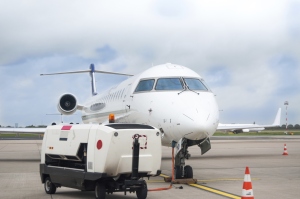 “It is widely known that Bombardier’s CSeries has experienced delays in generating the sales initially envisaged and that this has resulted in pressures on the company’s balance-sheet leading to speculation about the company’s future. This has been particularly concerning for the workforce in Northern Ireland, where Bombardier is the largest manufacturing employer.

“The announcement that the Quebec Provincial government will provide funding, reported at one billion dollars, to establish a joint-venture with Bombardier on the CSeries, is highly welcome.

“Unite commends the Quebec government on their willingness to intervene to support this strategically important industry. Their action demonstrates how government can safeguard employment and support the manufacturing sector; it is a lesson that politicians in Stormont should heed in regard to the manufacturing sector here which continues to struggle with high energy costs and the effects of the low euro.

“We are hopeful that this investment by the Quebec government will give Bombardier the time to achieve its sales targets for the CSeries and will safeguard the long-term employment of the workforce here”, Mr Thompson concluded.