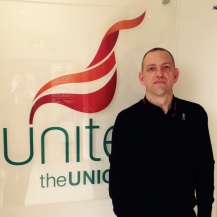 “Over past weeks, Unite called repeatedly for Swissport management to take seriously our concerns; last night they emailed us to invite us to last ditch talks ahead of our members’ planned stoppages later in the afternoon.

“Today for the first time, real progress has been made and it is clear that management now recognise the determination of their workforce to defend their trade union and their workplace representative who was dismissed by management last month.

“Swissport management has committed to review their human resources processes in relation to the case and have accepted to conduct an audit of industrial relations at the site with the independent Labour Relations Agency.

“In order to avoid any unnecessary disruption to services at Belfast City Airport and to the travelling public, Unite has agreed to suspend our planned action for two weeks pending the results of those review processes”, Mr Brash concluded.