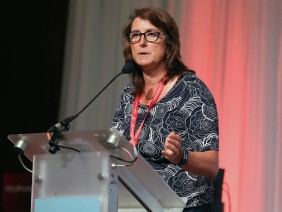 Unite Regional Equality Officer, Taryn Trainor, welcomed the announcement that women from Northern Ireland seeking abortions would receive limited financial supports from the UK government and indicated her union’s commitment to the campaign to secure full equality for women in the region:

“The announcement that the UK government would provide support, access to treatment free at the point of delivery and travel and accommodation costs for those women seeking this procedure who are on low incomes is a welcome one. Unfortunately it is a stop-gap solution to what is an untenable situation.

“Fifty years after women in all other parts of the United Kingdom were afforded the right to access abortion on the NHS, Northern Ireland women are still denied this basic human right.

“The campaign to secure free, safe and legal access to abortion services here in Northern Ireland on our NHS will continue. Unite as a union is committed to the full vindication of women’s rights – second class citizenship is unacceptable.

“Women in Northern Ireland currently face the threat of life in prison if they procure an abortion at home. More than seven hundred women every year are forced into exile to England, Scotland or Wales in order to secure treatment there as our political leaders are unwilling to afford women in Northern Ireland full equality. They would rather ‘wash their hands’ of the responsibility and the consequences for vulnerable women facing this ordeal.

“The fact that a Conservative government was able to intervene to provide support for Northern Irish women accessing abortions elsewhere in the UK, is a telling judgement on all those local parties who oppose access to such services in Northern Ireland.

“Northern Ireland’s political parties need to take seriously the issue of the right to reproductive rights; women’s rights are human rights. Women here must be afforded the same rights to access free, safe and legal abortion as in rest of the United Kingdom. The campaign to secure those rights will continue until we secure full equality for women”, Ms Trainor concluded.