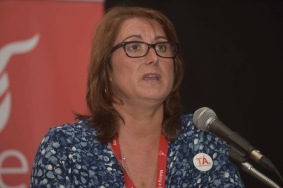 Nothing to fear from constructive, evidence-based criticism where it is merited

“NICEM plays a vital role in promoting racial equality through advocacy and research. The Executive Office’s decision to terminate their core funding has resulted in their entry into voluntary administration and threatens the employment of four workers and to bring about the social-exclusion of the most vulnerable in our society.

“NICEM has a well-earned reputation for their analytic interrogation of policy. The organisation’s seminars and outreach programme empowers members of ethnic minority communities to understand and engage with consultation processes of immediate relevance. Its loss threatens to silence the voice of thousands of migrant workers at the very time when they face the greatest uncertainties as a result of the Brexit vote and when the numbers of racially-motivated hate crime incidents here in Northern Ireland have surged.

“Without the eight year campaign led by NICEM, it is unlikely the Race Equality Strategy for Northern Ireland would have been published. The body influences policy on an international level, it recently brought forward recommendations to the UN Convention body the Commission for the Elimination of Racial Discrimination in regard to Northern Ireland.

“Unite is calling on the Executive Office to review its decision in light of the adverse impact it is will have on ethnic minority groups. There is nothing to fear from constructive, evidence-based criticism where it is merited; indeed, there is a vital need for those who speak truth to power even when it isn’t what our politicians want to hear”, Ms Trainor concluded.