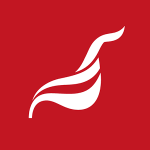 July 22nd: Speaking during a visit to the Greyhound picket line in Clondalkin today, Unite Regional Secretary Jimmy Kelly said that the locked-out Greyhound workers can count on the solidarity of the entire trade union movement. Mr Kelly was accompanying a Workers Uniting delegation comprising members of Unite from Britain and Ireland and members of the United Steelworkers Union from the United States and Canada.

During the visit, Jimmy Kelly presented a cheque for €10,000 from Unite to the SIPTU Greyhound Workers Support Fund.

“We are sending a very clear message from this picket line to Greyhound: you are not simply dealing with a small group of workers. You are dealing with the trade union movement.

“Members of Unite and of other unions know that the treatment being meted out to Greyhound workers represented by SIPTU is the concern of all workers and all unions. The workers can count on our solidarity”, Jimmy Kelly said.

“The solidarity that trade union members across the country are providing to the Greyhound workers is reinforcing our resolve to see this dispute through to the end.

“The Buckley brothers thought they could starve us into submission. However, this generous donation from Unite, as well as the many others we are receiving from other unions and ordinary workers, means that we will be able to continue until the company realises it can not treat its workforce as if it was 1913.”