Central government must intervene to safeguard regionally-vital flights and airports 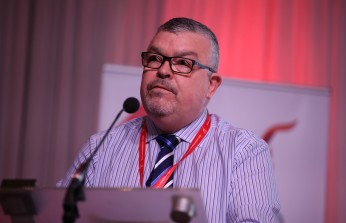 Ahead of a meeting with shop stewards from Flybe and Belfast City Airport to discuss next steps for his union, Unite Regional Secretary Jackie Pollock called for central government intervention and the establishment of a public service airline to safeguard regionally-vital routes.

“Last night’s announcement that Flybe was to enter administration came as a brutal blow to its approximately 100 employees in Northern Ireland but its effects threaten the jobs of all five hundred workers in Belfast City Airport, including baggage handlers, check-in staff and workers in retail units. Its impact will not stop at the limits of the airport however but will directly affect taxi drivers dependent on fares to and from flights and many other workers in the wider supply chain. When the full economic multiplier is accounted for, this collapse is likely to affect the employment of more than one thousand jobs in Northern Ireland.

“Contrary to the owners’ spin which sought to blame the Co-Vid 19 virus for the collapse, this situation has arisen due the greed of shareholders and the failure of the London government to intervene. Regional airports, which play a vital role in regional connectivity, now face a severe threat to their future. The impact of this in Northern Ireland, which already faces the prospect of an economically damaging hard sea border and suffers the absence of road or rail connections to GB, is particularly sharp.

“It is not good enough for government to blame others for this collapse. If you allow billionaires like Richard Branson and hedge fund companies to decide the future of the largest regional airline in the UK there can only be one outcome: profit comes first, second and last to these vultures.

“Given the strategic importance of retaining these regional flights for our economy, it is now essential that we see the nationalisation of the company and a commitment by central government to provide the investment needed to sustain it as a long-term regional airline provider. The government could learn lessons from the example of Northern Ireland’s public transport company, Translink, which sustains non-profit making bus and rail routes through cross-subsidisation from those which generate an economic surplus. We need to see an active and interventionist approach by central government to rebalance our economy and extend services into smaller airports such as the City of Derry.

“Unite is calling on all Ministers in the Northern Ireland Executive to make clear to central government their demand for such an approach to safeguard regionally-vital flights, our regional airports and the economic connections they sustain”, Mr Pollock said.