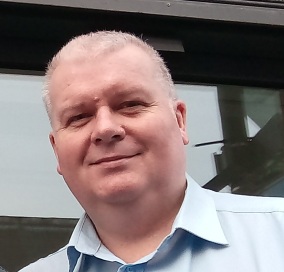 April 4th: Pickets will be placed on gates of Fermanagh-based woodchip production company from 6am Tuesday [April 9th]

Gareth Scott, Unite Regional Officer responsible for his union’s membership at Balcas Timber, based just outside Enniskillen, confirmed that the workforce had been left with no alternative but to proceed with planned strike action commencing with a two-day strike action starting at 6am on Tuesday morning to 6am on Thursday [April 11th].

“For far too long Fermanagh workers, like so many others across rural parts of Northern Ireland, have suffered from low pay and poor health and safety. Unite is determined to rectify that situation. Balcas employees, whether in lumbering, haulage or production, work exceptionally hard in what can be a difficult and potentially dangerous job. That level of commitment is simply not reflected in the wages they receive.

“Unite shop stewards brought forward a pay claim seeking a substantial uplift to their pay packets. Unfortunately management’s response has been completely inadequate and failed to recognise the strong financial position that Balcas Timber has at present – not least because of the huge stimulus that the Renewable Heating Initiative scheme provided the woodchip sector. With Balcas Timber being the largest supplier of woodchips in Northern Ireland, the company is making more profits than ever; the latest company accounts show profits just short of £1.8 million on the year. This is a company that can well afford to provide their workforce a decent wage.

“In the ballot for industrial action, 92 percent of workers voted for strike action on a turnout of more than 76 percent. Since the ballot, many more workers have joined our union and our density among the workforce is now very high indeed. Unite will fully back these workers in their legitimate campaign for pay decency with the power of our 1.4 million strong membership and our £38 million strike fund. The workforce in Balcas has received strong support from the local Enniskillen Unite branch and the Fermanagh Council of Trades Unions – these workers do not stand alone.

“Even at this late stage we urge management to see sense and make a decent pay offer to avoid this unnecessary strike action and the consequent disruption to operations it will cause. The workers at Balcas deserve better and Unite will stand by them every step of the way to ensure they secure just that”, Mr Scott concluded.