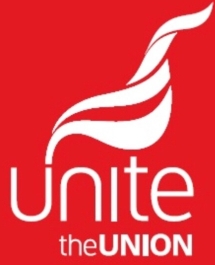 January 28th: Unite the union Regional Officer George Brash responded to confirmation that TESCO would be bringing forward changes to their stores which would result in thousands of job losses across the UK:

“Today’s announcement from TESCO management confirms their plans for swingeing cuts to counters and other services resulting in a severe impact on the workforce. While they concede that the total number impacted by the changes will be approximately nine thousand, they are claiming that with redeployment only half that number will lose their jobs. That will be very cold comfort to the four thousand five hundred whose livelihoods will be torn away from them by this decision.

“This evening, workers across all TESCO stores in the UK will be finishing their shifts and returning home fearful for their jobs. It is simply not acceptable that a company which has just reported its twelfth consecutive quarter of growth and profits in the billions to treat its workers like this. This decision is designed simply to maximise the return to shareholders. This is a case of corporate greed trumping the needs of their workers and even the quality of the offering they provide consumers.

“Unite represents drivers and workers in both Boucher Road and Antrim Distribution centres. We want to secure a meeting quickly with management on the impact these cuts will have on the wider Tesco workforce in Northern Ireland and to seek clarification on any threat to our members”, Mr Brash finished.