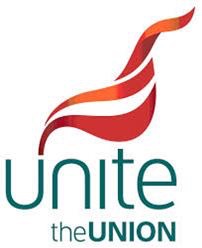 It is with the deepest shock and sadness that Unite has suffered the loss of John Ryder, full time Official with Unite’s ESB Branch. John leaves behind his loving Wife Lynda, Daughter Katie, Son Paul and a wider circle of family, friends and comrades. John, aged 51, died suddenly on 27th of December at his home in Dublin’s South inner city.
A true ‘Dub’ in every sense John spent his life close to the Liberty’s. Born and reared in Clanbrassil Street John began his working life with ESB at their Head Office and went through a number of positions with the company. While John was a trusted and valued colleague at work from the beginning he met Lynda when he was just 17 and they began to build a life together. A ‘Mod’, John cut a dash in his dark suits and straight ties and he won many friends with his great sense of fun and humour which he carried throughout his life.
In 2005 John made the decision to follow his Trade Union convictions and left a successful ESB career to take up a full time position with the then ATGWU’s (now Unite) ESB Branch. In the years that followed John led many negotiations for the Union dealing with two of the biggest pension deficits in Irish pensions history and many restructuring agreements protecting workers terms and conditions in the process. He also spearheaded talks from the Union side on the sale of Great Island power station to Spanish energy giant Endesa, securing valuable jobs and industry in rural Ireland in the process.
John Ryder was ‘old school’ working class. His word was his bond, workers always came first and breaking agreements or (worst of all) passing pickets were actions that John simply could not comprehend. John could be strong, stubborn and resolute in defence of his beliefs, exactly the qualities needed for the position he held with such aplomb.
John’s passing leaves all who worked with, and knew, him bereft. Our heartfelt sympathies go to Lynda and ‘the kids’, John’s Dad and Mother, his Brother’s Paul and Anthony, and his Sisters Jackie and Cheryl. They have lost one deeply loved, as we have lost a true friend and comrade.
John’s body will repose at Massey’s in Thomas Street on Thursday from 2-5 PM. His Funeral Mass will take place at 10 o’clock on Friday in the Church of St Nicholas Myra, Francis Street followed by cremation at Mount Jerome Crematorium.
As John’s inspiration Ernesto (Che) Guevara said :
‘The life of a single man is worth more than all the property of the richest man on earth.’

This entry was posted in Uncategorized. Bookmark the permalink.