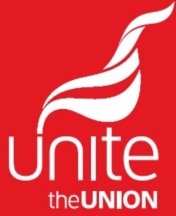 December 20th: Unite the union and Norwegian Air have signed a recognition agreement covering cabin crew based in Dublin.  Unite currently represents the vast majority of cabin staff and will now be able to represent them collectively.

The agreement was signed by Regional Senior Organiser, Davy Kettyles on behalf of Unite, and Anne-Helen Stenberg, Head of People Relations and Change at Norwegian Air.

Welcoming the agreement on behalf of Unite, Mr Kettyles said:  “This agreement proves that airlines can compete on both quality and cost while providing decent jobs and allowing workers to be collectively represented by the union of their choice.

“Unite looks forward to continued engagement with Norwegian Air regarding our members’ terms and conditions.  We are confident that this agreement will help secure the long-term sustainability of the airline”.

‘Norwegian has a long standing history of working alongside unions in our bases across Europe and the world.  We value our employees contribution to the growth of the company. We look forward to engaging with Unite whilst ensuring the long-term sustainability of the airline in Ireland’.