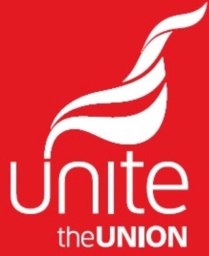 November 19th: Regional Secretary for Unite in Ireland, Jackie Pollock, said his union’s Autumn programme for members in the Ballymena area demonstrates its continued commitment and ambition for the area.

“Unite has a long association with the workers of Ballymena and surrounding areas. Our union felt the pain of the huge job-losses which were announced when we lost both JTI-Gallaher and Michelin – which provided thousands of jobs. This area has suffered a severe economic shock, rooted in the greed of large corporations whose only concern was to maximise profit.

“In the aftermath of the closures, Unite organised the ‘Rally for a Future’ event which put the pressure on the politicians to deliver good manufacturing jobs for this community. The launch of this Autumn schedule shows our continued commitment to Ballymena and its highly-skilled and motivated workforce. We have every confidence that Ballymena can compete and win investment and jobs for a better future”, Mr Pollock said.

George Brash, Regional Officer for Unite based in Ballymena, highlighted the value of the support available to Unite members through the initiative.

“On Thursday [November 22nd] we will be having a Training Information evening to let members know the range of free training available through the union – that includes qualifications for Training for Crawler Cranes; Site Dumpers; Rough Terrain Forklift; Industrial Forklift; Telescopic Handler; Wheel Loading Shovel; Ride On Roller; Block Lorry/Crane; Articulated Dump Truck; Mobile Crane; Slinger (Crane &Diggers); Crane Supervisor and CSR. That sort of training would cost hundreds of pounds elsewhere but is free to all Unite the union members.

“On the following Thursday [November 29th] we are holding an open night for members to access free legal support services direct from our union solicitors at our offices. The next day [Friday November 30th] we will be holding a commemoration for the local heroes who stepped up to fight Fascism in the Spanish Civil War when we will be unveiling a plaque to their service and memory at the Unite office”, Mr Brash said.