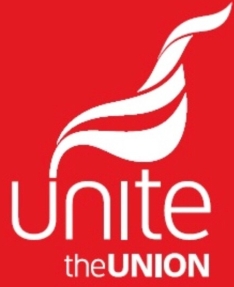 “Today’s announcement by Bombardier that they are going to slash up to five thousand workers jobs is a brutal blow to their global workforce and will affect workers in both aerospace and transport divisions. Unite has sought assurances that none of these jobs will be going at any of the five sites here in Northern Ireland – as yet, we have no confirmation of what it this latest announcement will mean locally. Bombardier’s corporate management have also announced plans to sell off its turboprop programme and its business aircraft flight and training activities.

“These jobs are to go despite the fact that the company is making even more profits than they were a year ago; this fire sale of assets and jobs is being driven by meet the expectations of the financial markets and Bombardier’s workers are expected to pay the price. Unite will be engaging with our colleagues representing Bombardier workers under threat in other countries in order to coordinate a global trade union response to this latest announcement.

“This announcement comes only two years since seven thousand jobs were cut globally. In the recent period in Northern Ireland we have witnessed the sell-off of the Tubing & Systems function, the outsourcing of IT, finance, plant engineering, canteens, facilities and security functions. The workers want to know just when will this company be satisfied?

“In the last weeks, a majority of Bombardier’s workers in Northern Ireland signed a collective grievance against this death by a thousand cuts. We cannot accept any further losses of functions from Northern Ireland, they are undermining the long-term sustainability of the company’s presence here”, Ms Fitzgerald said.