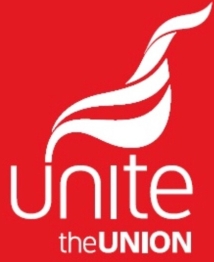 After tour of the shipyard, a high level delegation including Gavin Robinson MP, Manufacturing NI and senior trade union figures from Northern Ireland and Britain will then launch the Shipbuilding Charter at the Connor Room, Belfast City Hall tomorrow at 12.30pm [October 5th]

The event will follow a visit of the shipyard by a high level delegation including the local MP, Gavin Robinson, representatives of Manufacturing NI and a senior delegation of trade unionists representing the sector from across Britain and Northern Ireland. Speaking ahead of the launch tomorrow [Friday, October 4th, Jackie Pollock, Unite Regional Secretary for Ireland called on political and social leaders in the city to step up now before it is too late.

“Tomorrow’s launch event for the Shipbuilding Charter is critical for the goal of securing a future for our shipyard workers and the strong skills-base possessed by the local labour force. Belfast has been building ships since 1791 and at its height Harland & Wolff employed thirty-six thousand workers. Sadly, due to the chronic lack of ambition of consecutive administrations it has to be left to compete with shipyards internationally who receive the full backing of their respective governments. As a result, the industry has been allowed to contract to the point that it is today facing a battle to survive.

“But it needn’t be this way. Shipbuilding is an industry where, with the necessary political will, we could secure thousands more high value-added manufacturing jobs. Belfast offers one of the very best natural harbours in world – essential to facilitate the large vessels which dominate the sector today. The workforce here has the skills needed to compete and win globally and there are huge opportunities for diversification into the expanding renewable energy sector. The success of Belfast port in the cruise liner market shows we can succeed. Unfortunately the ambition of workers and the industry is not reflected by our political representatives to date; a fact attested to in the way in which our shipbuilding sector was completely left out of the draft city deal published just days ago”, Mr Pollock said.

“It is vital that UK shipyards are awarded the current one billion pound MOD contracts for auxiliary and fleet support and that Belfast gets its fair share of this work. The fact that the current Conservative government is considering offshoring this work is nothing short of disgraceful and a betrayal of shipyard workers. Elected representatives across Northern Ireland must step up to the plate for jobs and skills here and secure delivery by the Conservative government to make sure that this work goes to sustain jobs at shipyards across the UK, including Belfast.

“We are facing the very real prospect of the iconic Harland & Wolff cranes being left as little more than a tourist attraction. This doesn’t need to be the case – the potential exists to create thousands of shipyard jobs right across the UK. Unite the union is not prepared to sit back and watch as this city’s shipbuilding legacy is lost needlessly.

“Action to deliver the charter’s objectives is vital to secure jobs and skills in Belfast’s shipyard. The Charter places our ambition for the shipbuilding industry front and centre for politicians. We need to see delivery before it is too late”, Ms Fitzgerald finished.