Posted on December 10, 2015 by unitetheunion 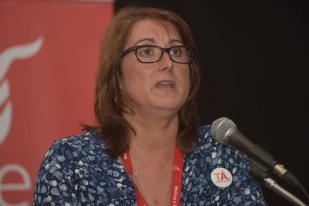 “The decision to dissolve the Youth Council NI flies in the face of a recommendation made by the Assembly Education Committee which considered responses to a departmental consultation on the proposal at the end of last month.

“While the Minister has an excellent track record of supporting front-line youth work, we are concerned that this decision will impact the YCNI’s support for training and Joint Negotiating Committee (JNC) professional endorsement of youth work courses throughout Ireland.

“There are also wider concerns that the dissolution of the support infrastructure may undermine front-line youth services, open up ring-fenced funding for the sector at a time of harsh austerity cuts and threaten leveraged funding secured by voluntary youth organisations. Minister O’Dowd must reconsider his decision in order to protect support services for the most vulnerable young people”, Ms Trainor concluded.