Schlumberger confirms it will cut 37 jobs at Newtownabbey plant

Posted on November 19, 2015 by unitetheunion 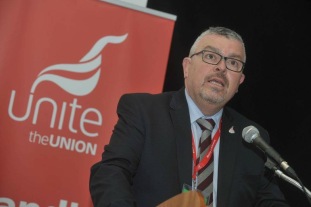 November 19th: Speaking after a meeting with union representatives at the Newtownabbey plant, Unite deputy Regional Secretary, Jackie Pollock responded to the announcement that Schlumberger were seeking thirty-seven redundancies, he said:

“Northern Ireland is still reeling in the wake of announcements of large-scale job losses across our manufacturing sector over the past fortnight. This news from Schlumberger is the latest in a cruel series of blows to workers in the weeks before Christmas.

“The company is seeking thirty-seven job losses, slightly more than a tenth of the total workforce at their Newtownabbey site.

“This announcement reflects the particularly sharp downturn in the oil and gas industry serviced by Schlumberger. Unite will be engaging with management to attempt to mitigate these job losses and to secure the best possible redundancy package for our members affected.

“We are calling on the Northern Ireland Executive to ensure that workers who have lost their jobs here, as in all other recent cases, receive the same support from statutory agencies as has been promised to those who lost their jobs at Michelin”, Mr Pollock concluded.